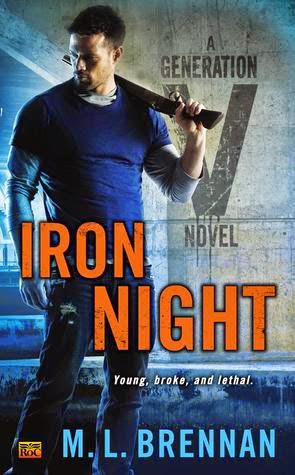 Source: Purchased for my own reading.

Underemployed by day. Undead by night.

Underachieving film theory graduate and vampire Fortitude Scott may be waiting tables at a snooty restaurant run by a tyrannical chef who hates him, but the other parts of his life finally seem to be stabilizing. He's learning how to rule the Scott family territory, hanging out more with his shapeshifting friend Suzume Hollis, and has actually found a decent roommate for once.

Until he finds his roommate’s dead body.

The Scott family cover-up machine swings into gear, but Fort is the only person trying to figure out who (or what) actually killed his friend. His hunt for a murderer leads to a creature that scares even his sociopathic family, and puts them all in deadly peril.

Keeping secrets, killing monsters, and still having to make it to work on time? Sometimes being a vampire really sucks.

Iron Night is another strong and solid novel in the Generation V/American Vampire series, and it is even better than I expected. Iron Night picks up a few months after the first book with Fort still in transition to become a full vampire and learning the 411 on all things paranormal from his brother, Chivalry. Things are going good for Fort; he has a stable job as a waiter and a pretty awesome roommate this time around. But then one night he finds his roommate dead in his bedroom, obviously murdered by something nonhuman. As usual Fort’s family wants to cover up the murder so the supernatural community isn’t at risk, but Fort is determined to do everything in his power to find his friend’s killer. And what Fort and Suzume discover is worst than anything they can imagine.

Brennan expands her unique world-building as readers learn more about the vampires, kitsunes, and this time around elves. From the first book, it was known that Fort was different from his older siblings but readers didn’t necessarily know why/how. We finally know why! I kind of suspected it, but wasn’t sure till Madeline told Fort how Chivalry and Prudence’s transition differed from his and the steps she took to make her children better than the last…especially after what happened to Madeline’s first daughter who died in England. Readers also learn a bit more about the Kitsunes and what happens when one is pregnant. Then there are the elves (faeries). Brennan elves are similar to other faeries in the sense that they look extremely beautiful and somewhat unnatural but underneath they’re selfish, cruel and have a mean set of sharp incisors. And like Brennan takes on vampires, the elves background was just as fascinating and somewhat disturbing with all the inbreeding going on. While these main sups played a bigger role, there were also trolls, witches, skinwalkers and changelings/halfies mentioned that added to the ever-expanding world.

Fort definitely did a lot of growing from the end of the last book and throughout Iron Night. He is stepping out of his comfort zone and doing what needs to be done when it comes to protecting his friends, family and the innocents. Fort has more of a leadership role and doing a lot more of the decision making this time around. I mean, even Prudence is taking orders from Fort! And readers who already read this series know how scary and deadly Prudence is. Fort’s gradual change to a vampire and demeanor is very believable. Fort is training and slowly adapting to the vampire ways, so it isn’t a big change or anything. Everything that readers grew to love and admire about Fort in the first book is still very much the same in this book. He’s funny, awkward, still an underdog but less of a pushover. Then there is Suzume, Fort’s shifter friend. I love Suzume as much as Fort, and was glad to see more of her. She is freakin’ hilarious! The scenes with Fort and Suzume are just priceless. I found myself laughing out loud so many times throughout this book. Readers also got to see more of Fort’s siblings, more of Prudence than Chivalry. In the last book we only heard of all the vile and horrible things Prudence did, but this time we saw her in action…and boy, was it creepy. While I know we’re supposed to despise Prudence, I actually like her character. And what this book shows is there’s definitely more to Prudence then meets the eyes.

I loved Iron Night and am looking forward to reading more of this series. If you’re looking for a unique Urban Fantasy, with a fresh takes on vampires and underrated supernaturals then check this series out! The world-building and characters are great, the plot exciting, and the writing is excellent. This series has it all; action, suspense, humor, and mystery. If you haven’t read this book/series yet, get it A.S.A.P., this is a series everyone should have on their keeper shelf! 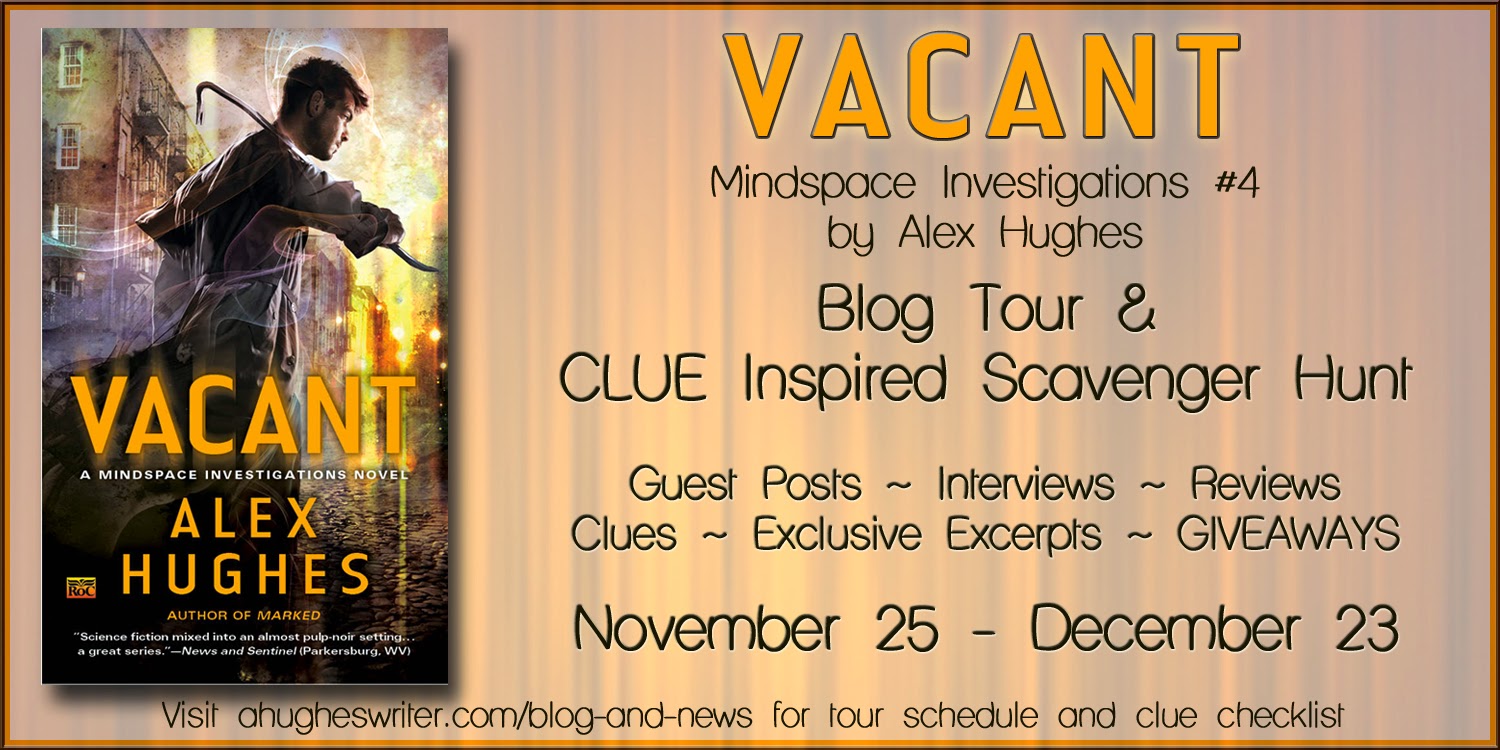 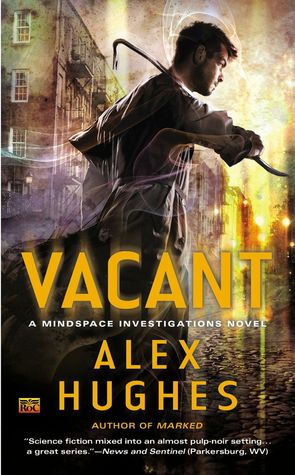 Source: I received a review copy from the author in exchange for a honest review/blog tour.

Nothing ruins a romantic evening like a brawl with lowlifes—especially when one of them later turns up dead and my date, Detective Isabella Cherabino, is the #1 suspect. My history with the Atlanta PD on both sides of the law makes me an unreliable witness, so while Cherabino is suspended, I’m paying my bills by taking an FBI gig.

I’ve been hired to play telepathic bodyguard for Tommy, the ten-year-old son of a superior court judge in Savannah presiding over the murder trial of a mob-connected mogul. After an attempt on the kid’s life, the Feds believe he’s been targeted by the businessman’s “associates.”

Turns out, Tommy’s a nascent telepath, so I’m trying to help him get a handle on his Ability. But it doesn’t take a mind reader to see that there’s something going on with this kid’s parents that’s stressing him out more than a death threat.

Vacant is the fourth book in the Mindspace Investigation series, and it doesn’t look like this series is slowing down. The series just gets better and better with each installment; growing leaps and bound in terms of world building and character growth/development. And from what I can see in this latest book, Vacant, is that from here on out, this series can only go up.

Vacant picks up a few weeks after the events in Marked, everything been quite calm on the police and Guild front and even Swatz is doing much better from his heart scare. But of course too much of a good thing never lasts long. A date night for Adam and Isabella turns bad when a solicitor picks a fight with them and 10 minutes later ends up dead…and the first and only suspect is Isabella. Things go from bad to worse when Isabella is investigated for police brutality and Adam is called out of town to help on an FBI case involving an attempt kidnapping of a 10-year-old boy. But the trouble doesn’t stop there as Atlanta’s Big Boss and an old archenemy of Adam are out to get him, or worst kill him.

Vacant took a different route from the previous book in which Adam was mostly working alone and on a case separate from the police department and Guild. Adam is usually always with Cherabino, working either with a case for the department, Guild, or a combination of both; so it was nice to see him out of his element and taking the lead. With Adam’s drug history and being a telepath people see him in a certain light and in a way discriminate him/categorize him before they even get to know him; they also make decisions on his behalf whether he likes it or not (wage, how he handles his money, and for a time he wasn’t even allowed to drive). In Vacant, readers saw a different Adam, one with more freedom, more acceptance, decisive and respected. Adam had a lot of challenges this time around; both physically and mentally and the occasional self-doubt or feeling of hopelessness but at the end of the day Adam persevered and got the job done. It was a really nice change, and I loved seeing his growth…this better version of Adam.

Overall, Vacant was a very fast-pace read; the story pretty much hit the ground running within the first couple of pages and didn’t let up till the end. I also really enjoy the plot and how it connected to the overall arc of the series. Even though I knew who all the baddies were early on in the story, it didn’t take away any of my enjoyment as I still found myself riveted and unable to flip the pages fast enough. With Cherabino and the usual cast of characters back in Atlanta and Adam out in Savannah, readers were presented with a whole new group of characters, and I must say I loved them all. From Tough but lonely kid Tommy, Agent Jarrod and the entire FBI crew to charming Quentin (Tommy’s dad); they all made a lasting impression that I hope we’ll see more of them in future books.

Vacant is a stellar addition to the series and with how the book ended, I can’t wait to see what Hughes does next with the world and characters. This is by far one of the best Sci-Fi series I’ve ever read and I can’t recommend this book enough. Read this series if you haven’t already, and start at the beginning with Clean, you won’t be sorry! Now, bring on Mindspace Investigation #5!

In addition to fun blog posts, interviews, and exclusive excerpts, fans will have a chance to solve a mystery during the month-long VACANT blog tour! A “Clue-like” checklist is available to download from the author’s blog, here,to be marked off as readers visit stops along the tour schedule. Somewhere on participating blog posts will be clues (clearly marked) that will eliminate specific “Location”, “Weapon”, or “Suspect” options. At the end of the tour, a rafflecopter entry form will help Alex choose a grand prize winner amongst all who correctly guess “who dunnit?” based on the remaining options. 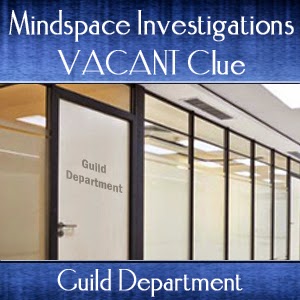 US/CAN/UK ONLY
The author is generously giving away an audiobook copy of one (1) Mindspace Investigation novel (winner's choice) to a blog reader. To enter please fill out the Rafflecopter below! 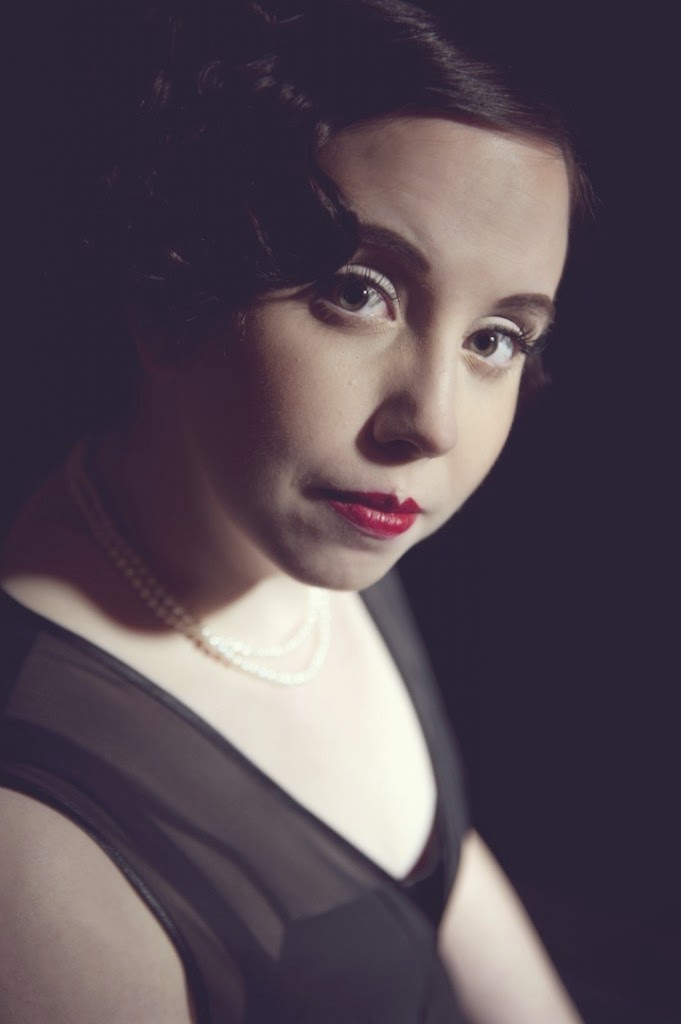 Alex Hughes, the author of the award-winning Mindspace Investigations series from Roc, has lived in the Atlanta area since the age of eight. Her short fiction has been published in several markets including EveryDay Fiction, Thunder on the Battlefield and White Cat Magazine. She is an avid cook and foodie, a trivia buff, and a science geek, and loves to talk about neuroscience, the Food Network, and writing craft—but not necessarily all at the same time! For all the latest news and free short stories, join Alex’s email list at http://bit.ly/AlexsList.