[Spotlight] The Passengers by John Marrs

Technology has been advancing at the speed of light, so the concept of autonomous vehicles is something we're already familiar with (hello, Google cars). Marrs's newest release, The Passengers which hits shelves today takes thats concept to another level with the autonomous vehicles becoming  mandatory countrywide. What would you do if your driver-less vehicles was hijacked with you in it? Or what would you do if you were forced to make a decision whether someone lived or died?

To learn more about The Passengers and the author, check out the synopsis and bio below!

Stay tuned, for my review this week. The stakes are high and the revelations shocking. Definitely a book you don't want to miss! 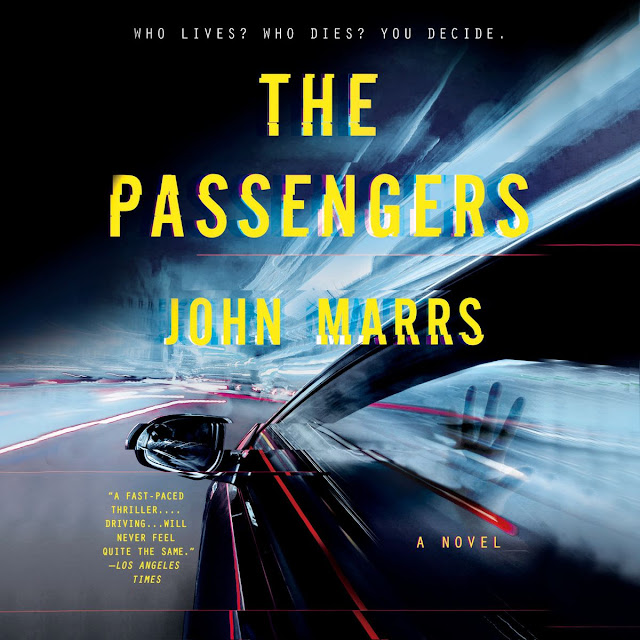 You're riding in your self-driving car when suddenly the doors lock, the route changes and you have lost all control. Then, a mysterious voice tells you, "You are going to die."

Just as self-driving cars become the trusted, safer norm, eight people find themselves in this terrifying situation, including a faded TV star, a pregnant young woman, an abused wife fleeing her husband, an illegal immigrant, a husband and wife, and a suicidal man.

From cameras hidden in their cars, their panic is broadcast to millions of people around the world. But the public will show their true colors when they are asked, "Which of these people should we save?...And who should we kill first?"

John Marrs is the author of The One, The Good Samaritan, When You Disappeared, Her Last Move and Welcome to Wherever You Are.

A former freelance journalist based in London, England, he spent twenty-five years interviewing celebrities from the world of television, film and music for national newspapers and magazines until becoming a full-time author in 2018.

He has written for publications including the Guardian’s Guide and Guardian Online, Total Film, Huffington Post, Empire, Q, GT, the Independent, S Magazine and Company.

His books have been translated into twenty different languages and The One is soon to be a major new Netflix series.*
*Via Author's Goodreads
Connect with John|Website|Twitter|Goodreads|Facebook|